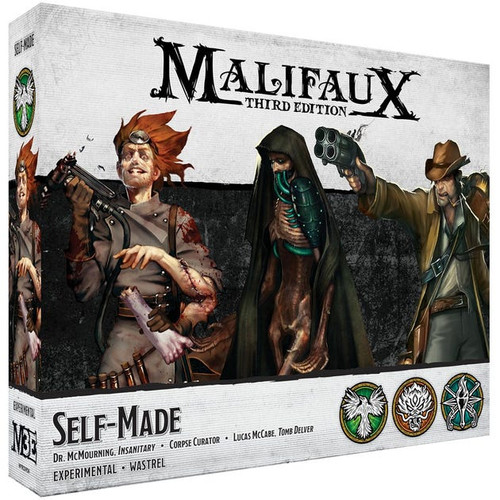 It might start with an itch, a whisper; a need to be scratched, screamed or delivered. The Resurrectionists, like the stitches and sutures that keep their corpses together, are grave robbers, serial killers, and innovators that are loosely bound together by common enemies, goals, and the voice in their heads. Most have retreated to places like the Quarantine Zone or the sewers, where their practices are judged not by their peers, but more often worshipped. Able to Manipulate and master the inevitability of death, The Resurrectionists are difficult to put down. as they keep getting right back up.

Hate not the wickedness, but weakness, for it is not the corruption of power that threatens, but the corruption of the weak. Power may corrupt a few, but weakness will corrupt the many. Wicked as they may be to some, The Ten Thunders are anything but weak, having brought a crumbling slum to a thriving district by way of mind more so than muscle. With eyes and ears in every organisation this side of the breach, The Ten Thunders seek absolute control over Malifaux and will wait patiently like the mantis hunting the hummingbird, for their time to strike.

Originally established as a means to reinvigorate the long-dulled sense of adventure of its founder, the Explorer’s Society has since expanded to focus on unfurling the mysteries of Malifaux and beyond. These aristocrats, dark tourists, and pioneers venture into the unknown corners of this world to seek knowledge, discover new locations, and hunt big game. While their motivations are unclear, their recent push to amass rare artefacts is not.