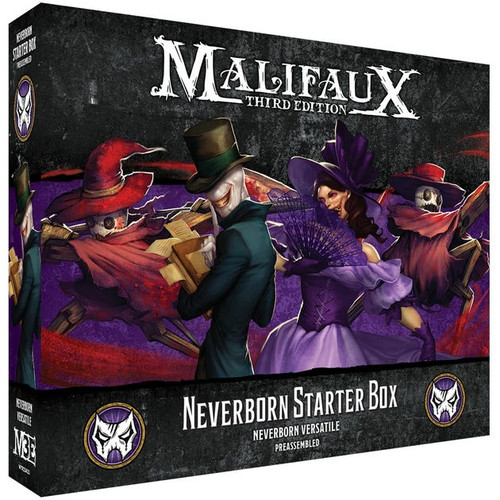 The Neverborn Starter Box is the perfect jumping-off point for a player ready to make the leap into Malifaux Third Edition. Containing everything needed to get started as soon as possible, this box contains four pre-assembled models, a Fate Deck, General Upgrades, Markers, and a Measuring Widget.

Method to the Madness